ARE YOU READY TO LEARN HOW? GET STARTED WITH TRAVEL FASHION GIRL TODAY!

Downsize your luggage, Maximize your style!

Is the thought of packing for a trip stressing you out? I know how you feel.

Does this sound familiar:

If you’re ready to stop stressing and become a packing pro, I have your solution! 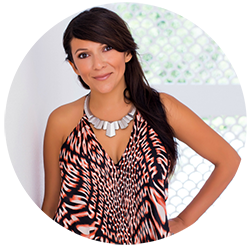 I’m Alex, the editor of Travel Fashion Girl, and I used to overpack all the wrong things.

When I was on the road I would see travelers that carried one small bag. I’m not going to lie; I was absolutely envious of their packing skills.

I wanted to be them so badly. They just seemed so free. They could just pick up and go. I wanted that freedom. I had no idea how they did it. Was it even possible? Could that ever be me?

I got so tired of my heavy bag and became obsessed with packing light.

I interviewed numerous women as I traveled. I researched their best packing tips; I learned their secrets to one bag travel.

In 2013 my goal of traveling carry-on only became a reality. Now, I’ve perfected my packing strategies and want to share them with you!

I’ve been in your shoes and want to save you the countless mistakes I made over the years.

From choosing a bag that was literally bigger than me, to stuffing it to the brim (with all the wrong things), and weighing myself down so much that I no longer looked forward to my travels – I’ve done it all.

Through Travel Fashion Girl I’ve been able to help thousands of women around the world pack light even though they thought it was impossible.

Despite this, my bag still weighs about 10kg/22lb. Not bad for full time travel!

HERE ARE A FEW THINGS YOU'RE GOING TO LEARN:

Hint: It's not just about mixing and matching

How to choose the best clothing for your travels and pack the right things. Learn how to research, plan, and prepare yourself to be a more efficient traveler.

With the tips featured, you’ll be prepared to take on any adventure around the globe. You’ll feel like you have your own personal guide every step of the way!

If you’re an overpacker, I will help you transform your ways by showing you exactly how to use less clothing to create the looks you want. You don’t need more clothing – you need the right clothing.

Find out how to choose the best shoes and accessories for your travels without having to pack a different set for every outfit.

Learn how to create the ideal travel wardrobe and how to refine your everyday style for a more fashionable and confident you. Remember, style isn’t about the latest fashion trends. It’s about confidence. When you feel good you look good.

You can take this course at your own pace. Take as little or as long as you need to complete it. In fact, you can download the entire course and save it on your tablet or smartphone to read at your leisure. It can take you 30 days or 3 hours to review. It’s up to you!

Do you need my packing help?

Understandably, not all travelers need the STOP OVERPACKING eCOURSE and I want to make sure we’re the right fit.

Skip this eCourse if:

Take this eCourse if:

Are you ready for a challenge?

Here's a sneak peek at what's inside!

The Secret to Avoid Overpacking

How to Create a Capsule Wardrobe

How to Choose the Right Travel Clothing Every Time

Determine the Best Fabrics for Travel

I want to make sure that you’re 100% happy with your experience and promise you a 30 day money back guarantee. If you don’t find my information helpful and I don’t help you pack lighter, I will provide you with your money back no questions asked.

Just send me an email with your request and I’ll make things right ASAP!

If I can travel light for months at a time and be prepared for anything you can do it, too.

You never have to overpack for weekend breaks, two weeks vacations, or even trips that last months or even years. Packing doesn’t have to be a process you hate.

You can easily become a packing pro even if you’ve never traveled, are a chronic overpacker, or have the most complicated trip in the world.

I created the STOP OVERPACKING eCourse to teach you my exact packing process. Every secret, every detail, nothing is spared. In fact, I even show you my experience with trial and error as I worked to create the perfect capsule wardrobe for my latest 4 month trip around Asia.

It’s not a façade of pretty and unrealistic travel fashion pictures. I’m a regular woman with my own struggles and I don’t pretend to be perfect -- but I do show you everything to help you pack efficiently and strategically every time you travel.

Learn how to pack light every time.

Minimize your luggage and maximize your style! Sign up now!

I’ve had countless women tell me they wish they’d found my blog before they went traveling and this is your shortcut to learn everything you need in one convenient place.

All the information is new and is not published anywhere else on my site. Remember, you complete the program at your own pace so you can take 3 hours or 30 days to complete it. Just don’t wait until the last minute!

Let’s make your travel packing stress free! Have any questions?

Send me an email: travelfashiongirl@gmail.com